Improve the Sanitary Conditions of Your Home Now!

Why Should I Install a Garbage Disposal? 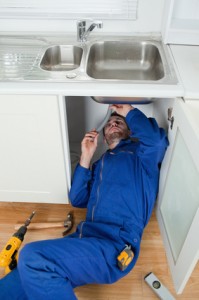 In addition, garbage disposals make cleaning out the refrigerator of stale food easy, quick and hassle-free. Most importantly, food that is left in garbage containers can attract animals as well as bugs. Another very important aspect of installing a garbage disposal is that you will have fewer clogs in your pipes and drains and that means less pressure on your plumbing system. If pipes have too much pressure on them, they could easily become damaged. Of course, this could cause a need for a plumber.

To conclude, garbage disposals are so beneficial and can save money, time, aggravation and the need for a plumber. Garbage disposals can also eliminate unwanted odors and can keep unwanted pests from invading your home. With the many benefits available with a garbage disposal, it just makes sense to check them out. Talk with a plumber today!

It is your time to benefit from the advantages of a garbage disposal! Call Scarborough Plumbing today at (352) 472-7385 for efficient installation services in the Gainesville area.

Get a FREE Estimate

We Accept All Major Credit Cards